Adding the first form 16 goes well but there is error while adding another form 16.

Hi @Prajwal_Madhyastha, is it the same Form 16 that you are uploading twice? Or two different Form 16s? glyde has provisions for you to add multiple Form 16s, could you please attach a screenshot of the error (also if you do please cover your personal details if any). Would be glad to help you.

Thanks for the quick response.
It’s two different form 16.
I initially thought it could be problem with my second form 16. Then I deleted the existing salary (form 16) and uploaded the one which was failing before, this time the one that was failing got uploaded but the getting the error while uploading the second one (which was uploaded successfully before).

Also, I found a glitch while uploading just one form 16, the whole form 16 upload page doesn’t get auto updated, I’ll have to come back to ITR page and see it being updated with details from form 16. (screenshot: form16_generic_issue.jpg) 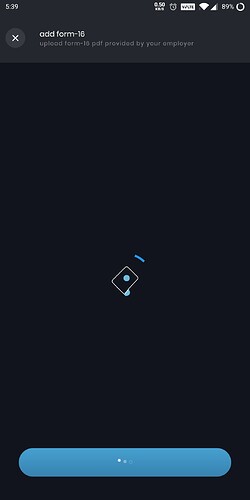 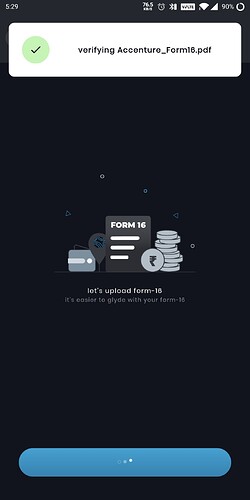 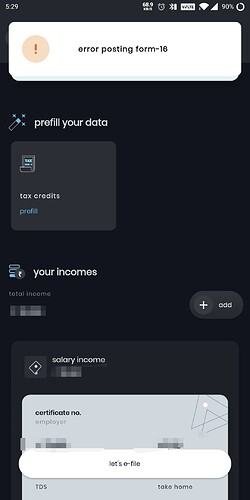 Hi @Prajwal_Madhyastha, have been flooded with questions. Excuse me for the delay in response. Thank you for reaching out. We are looking at this issue with urgency and shall fix this as soon as possible.
If there is any other issue you face, please do let me know. Would be happy to help.

Thanks for the acknowledgement

@Prajwal_Madhyastha, if you still haven’t filed your taxes and are waiting for the same, would recommend you Quicko’s webapp which would help you file your taxes with ease.
Do let me know if you need any further help.