What is an updated return (ITR-U)?

The Government of India is throwing too much information toward taxpayers from various sources, for instance, AIS, TIS, or Form 26AS. By the time taxpayer comes to know that something is left to be reported mistakenly or intentionally, the due date may pass. Later the taxpayer is concerned that what to do next! From the point of view of giving some additional time to the taxpayers at large in filing the return, in Budget 2022-23, FM announced the filing of an updated ITR.

So, basically, you would get a substantial extra time limit for filing an ITR or correcting your mistake, above the revised and belated return, which is called ITR-U.

To motivate the taxpayer toward the desired objective of voluntary tax compliance, rather than ITD sending notices for reporting the tax liability, the govt. wants to ensure additional revenue realization and facilitate compliance at the taxpayer’s end.

What is ITR U?

Any person who has submitted an Original, a Revised, or a Belated return or has not filed ITR at all may file an ITR-U up to 24 months from the end of the relevant assessment year.

Who can file an updated return? Any taxpayer like individual, HUF, company, etc. including non-residents.

When an updated return can’t be filed?

In any case where the taxpayer’s total tax liability ends up being less than what was initially declared. When there is no additional tax liability or the taxable income is below the exemption limit.

To report/ reduce losses and if the ITR is resulting in a refund or increasing the refund, etc.

For example- If a person is entitled to claim 25000/- of refund and has not filed an ITR at all. so, after the expiry of the due date as the taxpayer is claiming the refund is not eligible to file an updated ITR.

How many times an assessee may file an updated ITR?

You can file an updated ITR only once for a particular assessment year.

Should tax payment be made in advance or after filing ITR-U?

The ITR should be accompanied by proof of payment of tax, which means - first you have to make the tax payment of interest or additional tax then only you will be allowed to submit your ITR-U.

How much is the additional Income Tax Payable?

What is the benefit of filing ITR-U?

You will probably save yourself from levying any kind of penalty and from initiation of any kind of prosecution pertaining to short payment of tax liability. 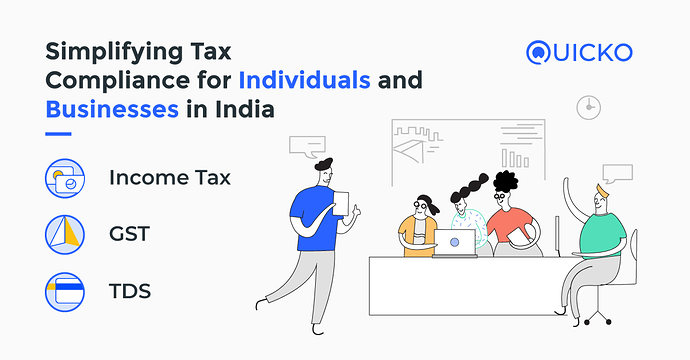 ITR-U Updated Return under Section 139(8A) - Learn by Quicko

I have filed original return with 9 Lakhs as income, but my form 16 shows 7.5 Lakhs which is correct (form 16). I have failed to revise my return within 31/12/2022 and my original return is processed with demand due ( difference between TDS in original return and TDS in form 16).
As I am not eligible for ITR-U ( because of reduction of tax liability) what is the solution and how do I deal with the demand due.

Thanks for connecting on Quicko Tax QnA.
Your queries seem to be more related to personalized tax Filing.

You can book a MEET where a dedicated tax expert can connect with you over a video call, understand your queries, and suggest you the best possible solutions.